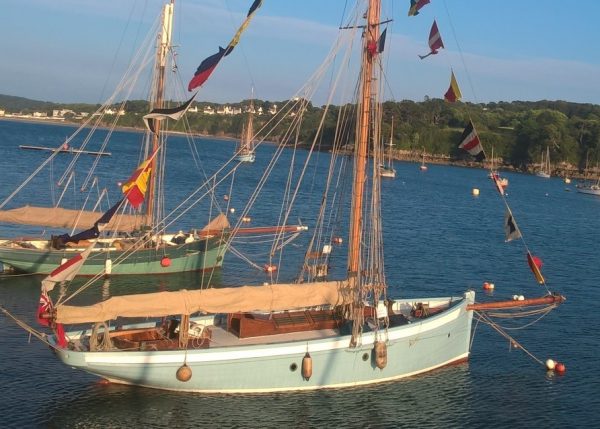 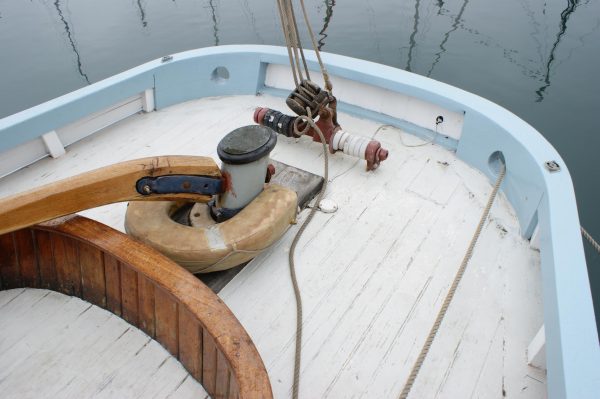 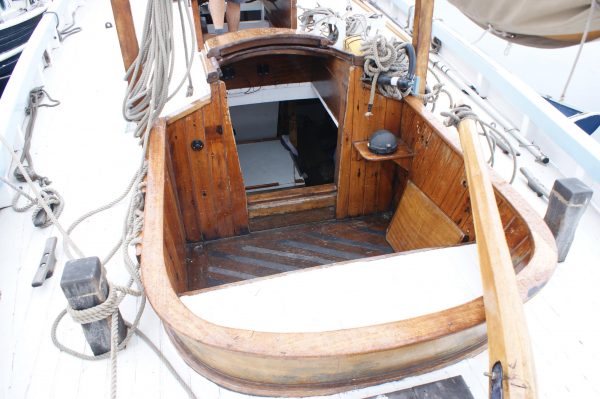 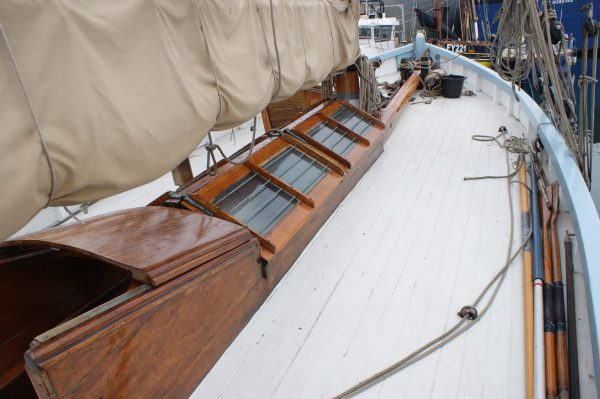 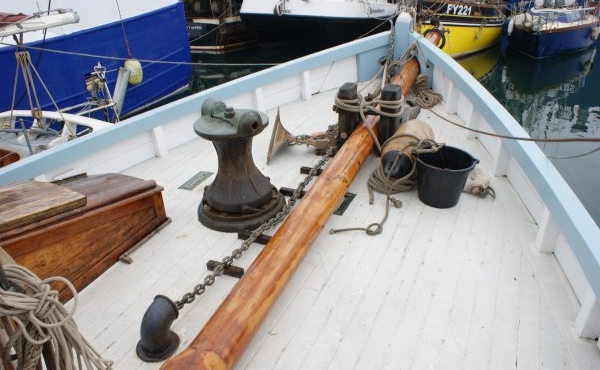 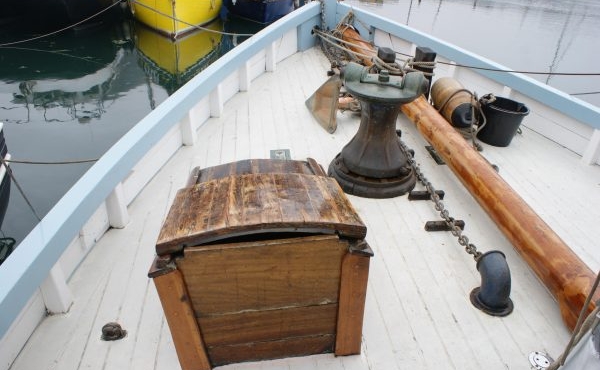 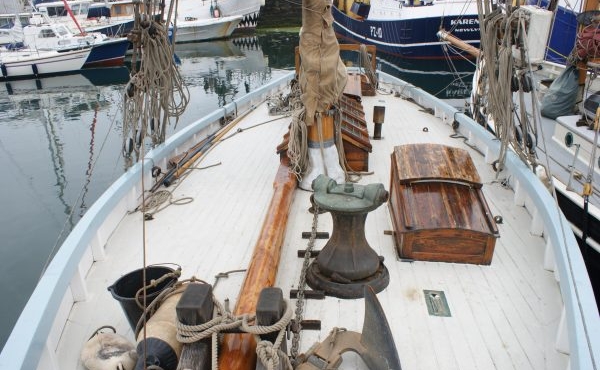 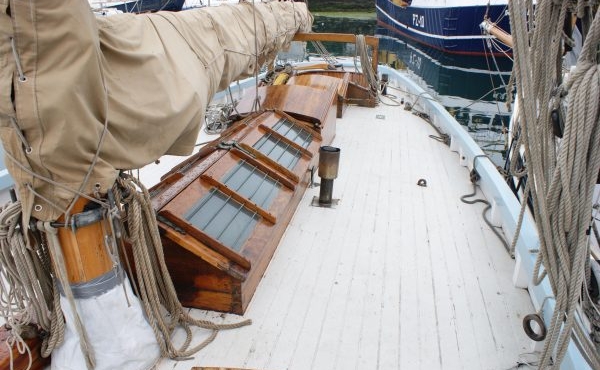 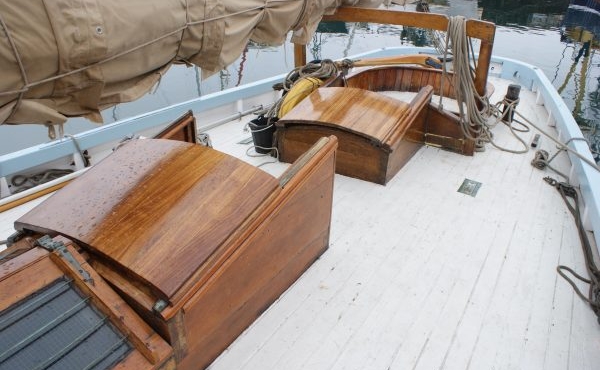 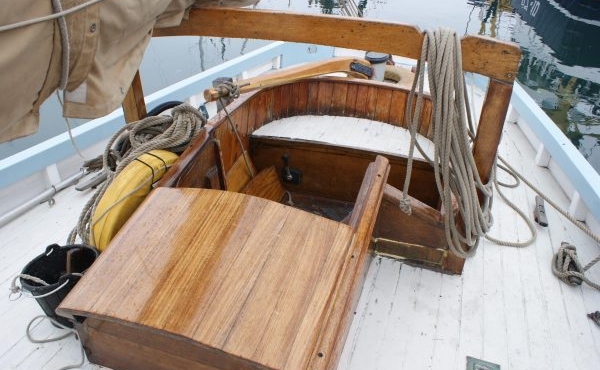 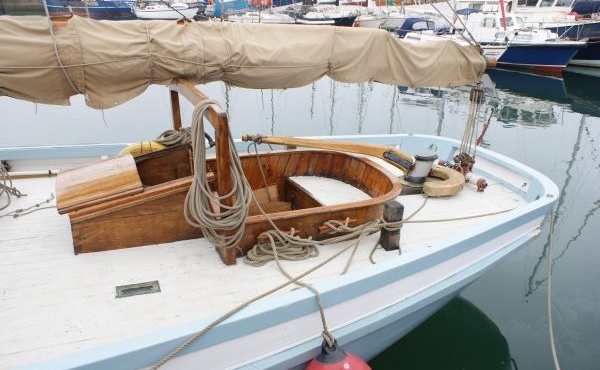 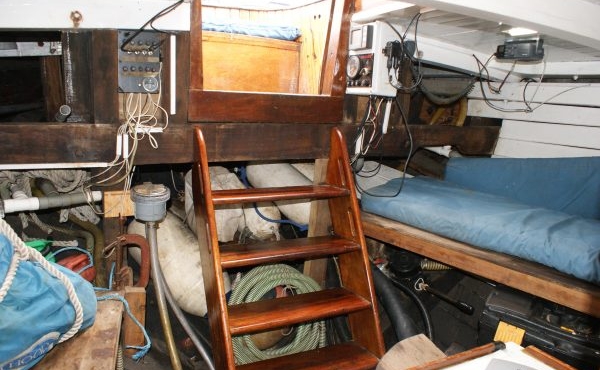 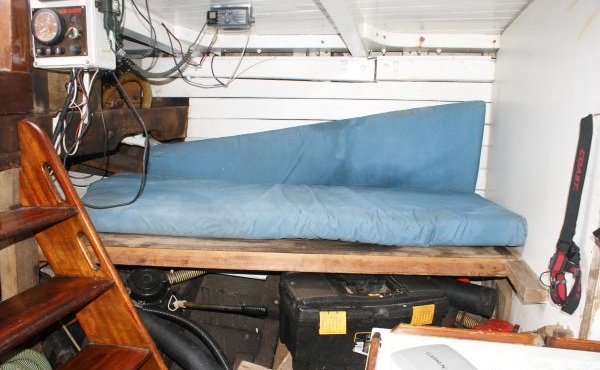 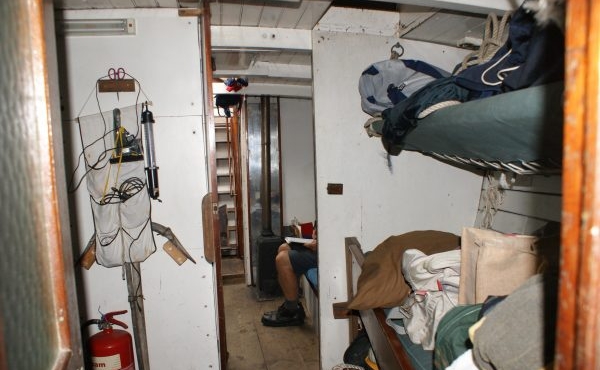 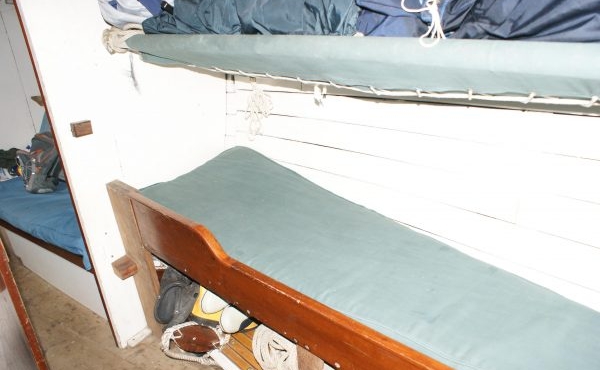 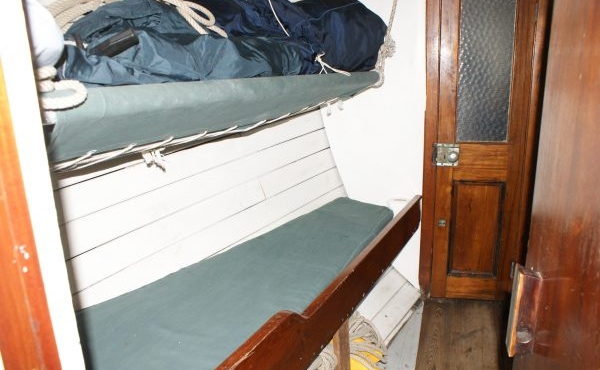 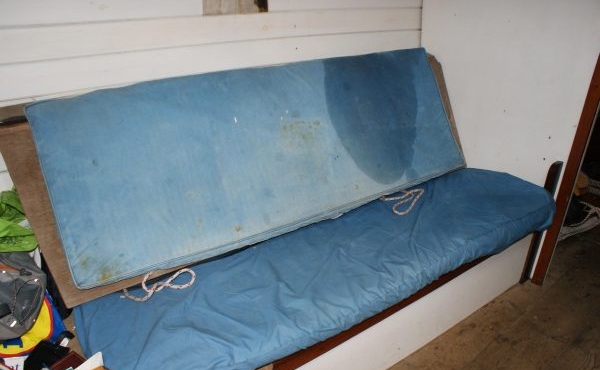 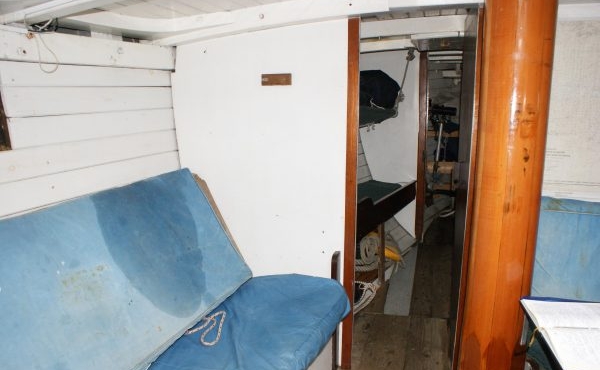 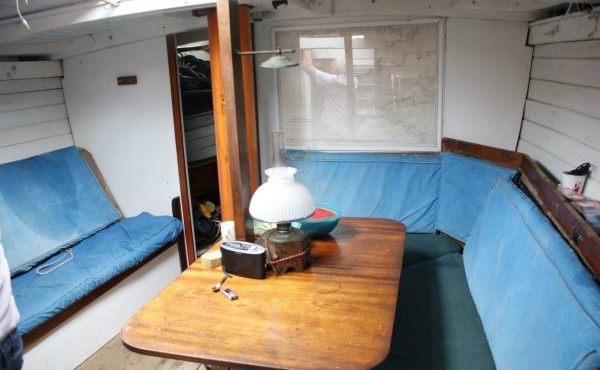 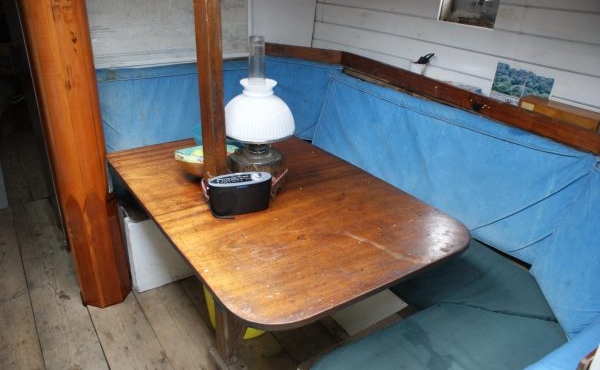 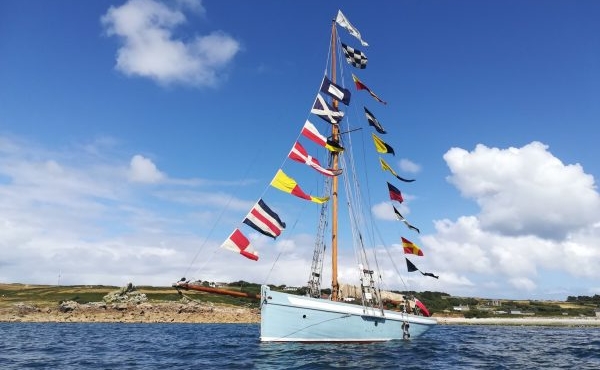 Bristol Channel Pilot Cutter Built by Edwin Rowles of Pill in 1903 as a Bristol Channel Pilot Cutter. She was launched as Wave and built for Pilot Richard Case who was unfortunately drowned in 1906. She was converted to a yacht by Moodys in 1925 and renamed Peggy. Bought by the present owner in 1973, she underwent a major period of rebuilding between 1984 and 1986 where the majority of the hull planks and frames and were replaced as well as the deck. In 2004 she had a new keel section fitted with 17 new floors and keel bolts. Although not in immaculate yacht like condition, she is a sound and solid sailing yacht with a rich and well documented history. The next owner may wish to improve the interior and the finish, or they may like to continue with her in the same vein as she has been for the last 40+ years where she has been a much loved family yacht that has been the catalyst for many adventures and holidays. She was surveyed in 2018 and a copy of this report is available. She has won many races against other Pilot Cutters with numerous trophies including the “Cock of the Bristol Channel 2018”. Priced sensibly to sell not because she is a tired old boat but because the owner wishes to see her in suitable new hands that will continue to cherish and maintain her as she deserves. Length on Deck 45′ Length Overall 57′ Beam 12’6″ Draft 7’6″

Oak keel with a new bottom section added in 2004.

All internal ballast as is common in the Pilot cutters, 4.5 tons of iron and lead

Grown Oak floors across the centreline, 17 new floors fitted in 2004 with new iron keel bolts fitted through these floors.

Solid straight laid pine deck fastened with galvanised drive screws to the deck beams and payed with Sikalfex. New in the ’84-’86 rebuild.

Varnished teak skylight and cockpit coamings. She has an entrance hatch from the cockpit into the aft cabin and a second sliding hatch down into the saloon.

The entire rig was replaced in 1986 with updates and changes since that time.

Gaff cutter rig on a hollow mast made by Noble spars in 1986. Mast reduced in height with new standing rigging in 2010. Fidded topmast.

All sails by McKillops of various ages, new headsails and refitted mainsail in 2010. All sails in good or excellent condition.

Companion steps down from the cockpit into the aft cabin with a single berth to port and workshop storage space to starboard. On the centreline is the engine with an insulated box around it.

Starboard side passageway going forward into the saloon.

L-shaped galley to starboard with a 2 burner Primus stove and single large stainless sink. Work surface space at the forward end with storage shelves under.

Opposite the galley is a separated double berth cabin with the fuel tank under.

Large saloon with plenty of light from the long skylight. Starboard offset saloon table with seating around 3 sides. Water tank is built in under the seating unit.  Long settee berth to port with a Pullman berth back creating a higher level single bunk.

Port side passageway going forward into a comfortable sleeping cabin with a single berth either side and a single pipecot berth above either side.

Centreline door into the forpeak where there is a Blakes Lavac sea toilet which pumps directly overboard. Also plenty of storage space and the chain locker.